I found time to glue the new foam onto my super-woofer today. It was simple enough and I was very careful to get it lined up on the cone exactly. 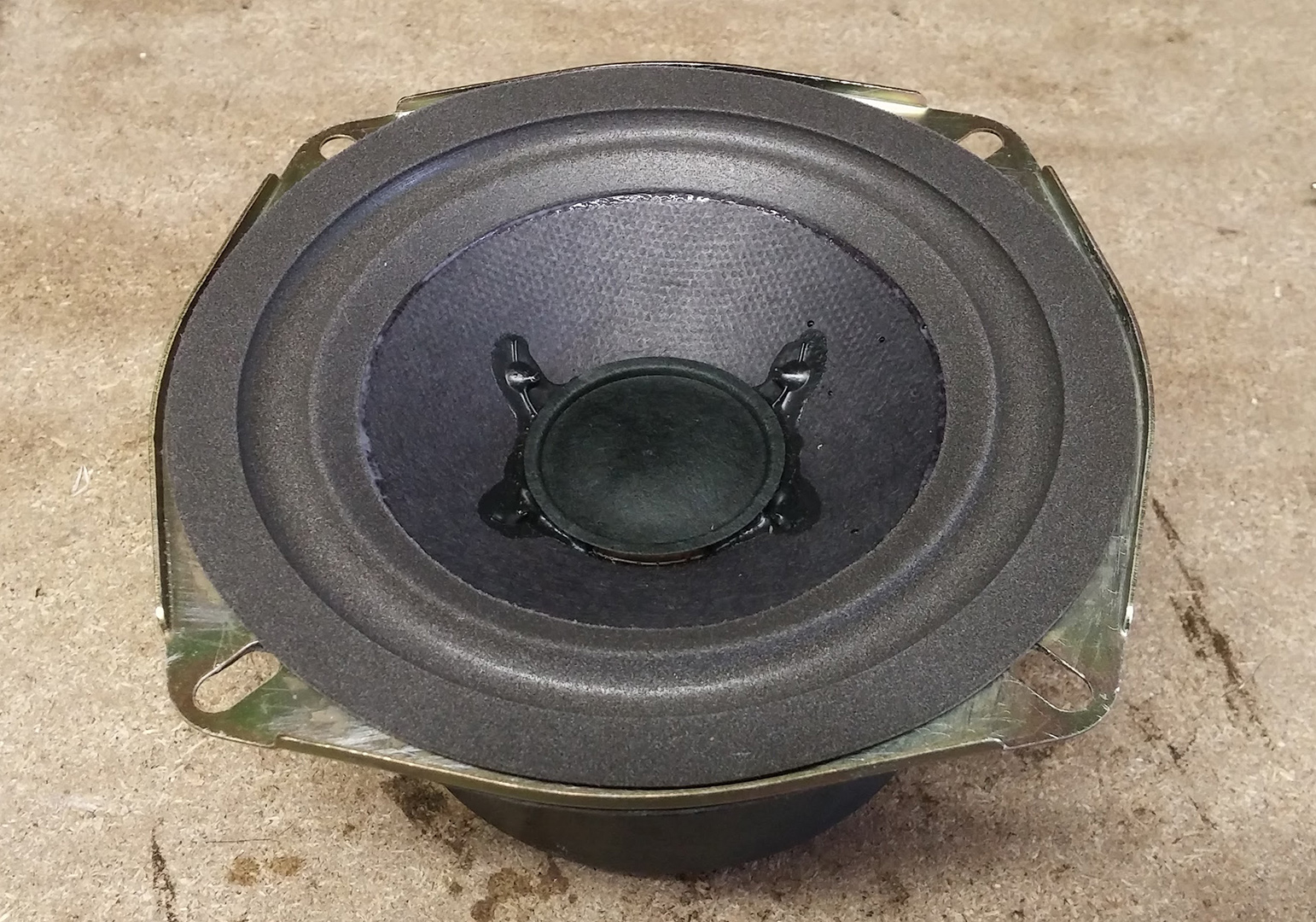 Once the cone had dried for a couple of hours I painted the speaker chassis with glue where the foam would touch and delicately pushed the foam straight down on to it. I placed a piece of thin carrier bag over it and put a roll of masking tape on top, luckily it was exactly the same size as the foam. Added some weight and went off to wash the bus.

Later on I removed the tape and plastic and the foam was down lovely and flat. Here it is plugged in and installed again. 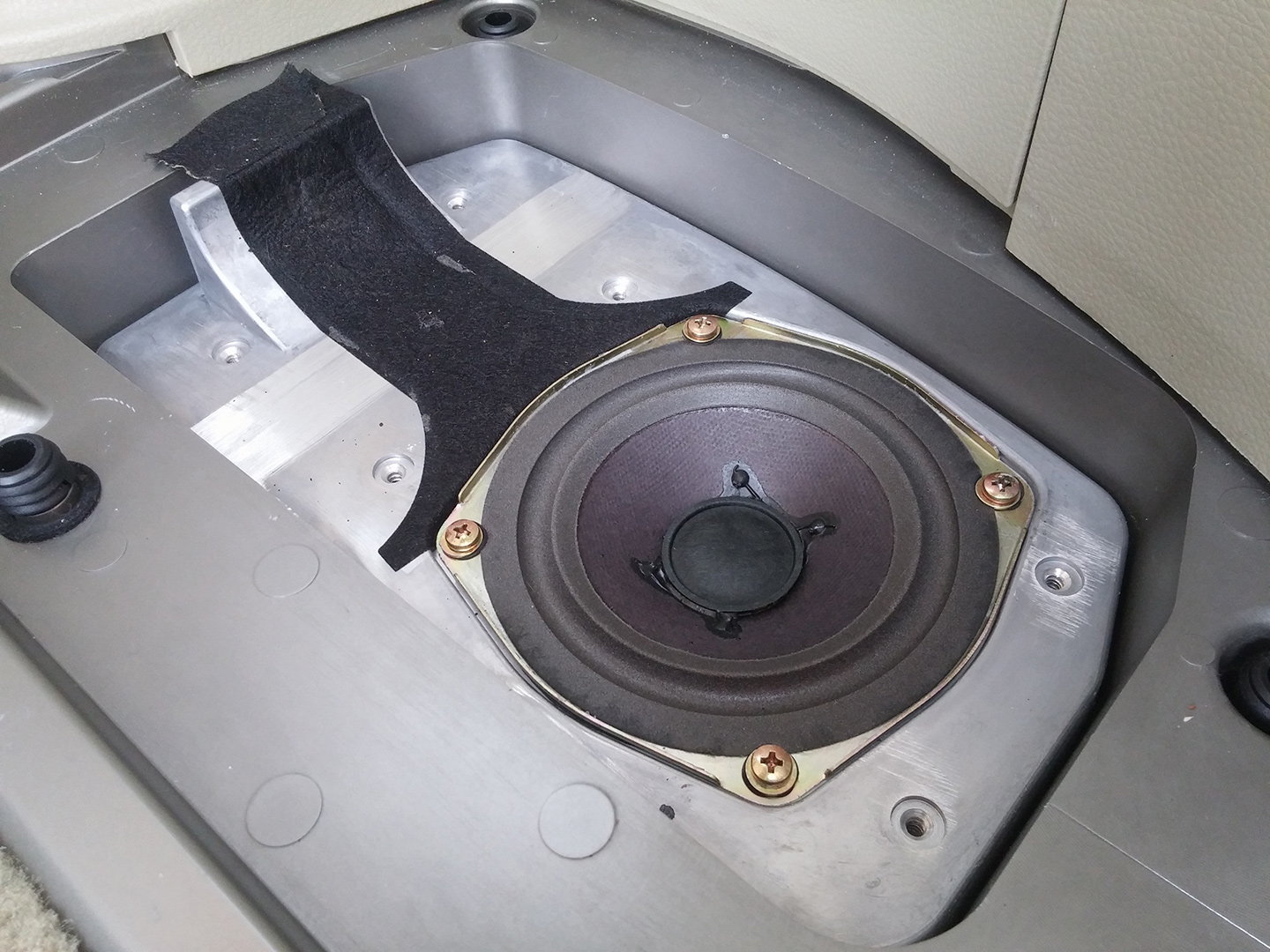 Hey, guess what?! Yep, not working. Not a peep out of it since installing it again. I know that the last time I tried it I still had the Japanese factory MD player in it. I’m not sure if anything is sending sound to the rear amp…hmm, do I need to connect the Pumpkin’s Amp turn on lead to a wire somewhere?

Most of the rest of the day was spent washing it (for the first time since I’ve had it). It’s come up ok so far but areas like the tail-gate are covered in tiny specks of what looks like rusty metal which is leaving orange stains behind. Needs more clay bar and polishing. Fitted new wiper blades too.

I set about the headlights with Peek metal polish and they’ve come up really well. Wax was applied to help them stay like this for a while.

In this photo only the middle light area has been polished: 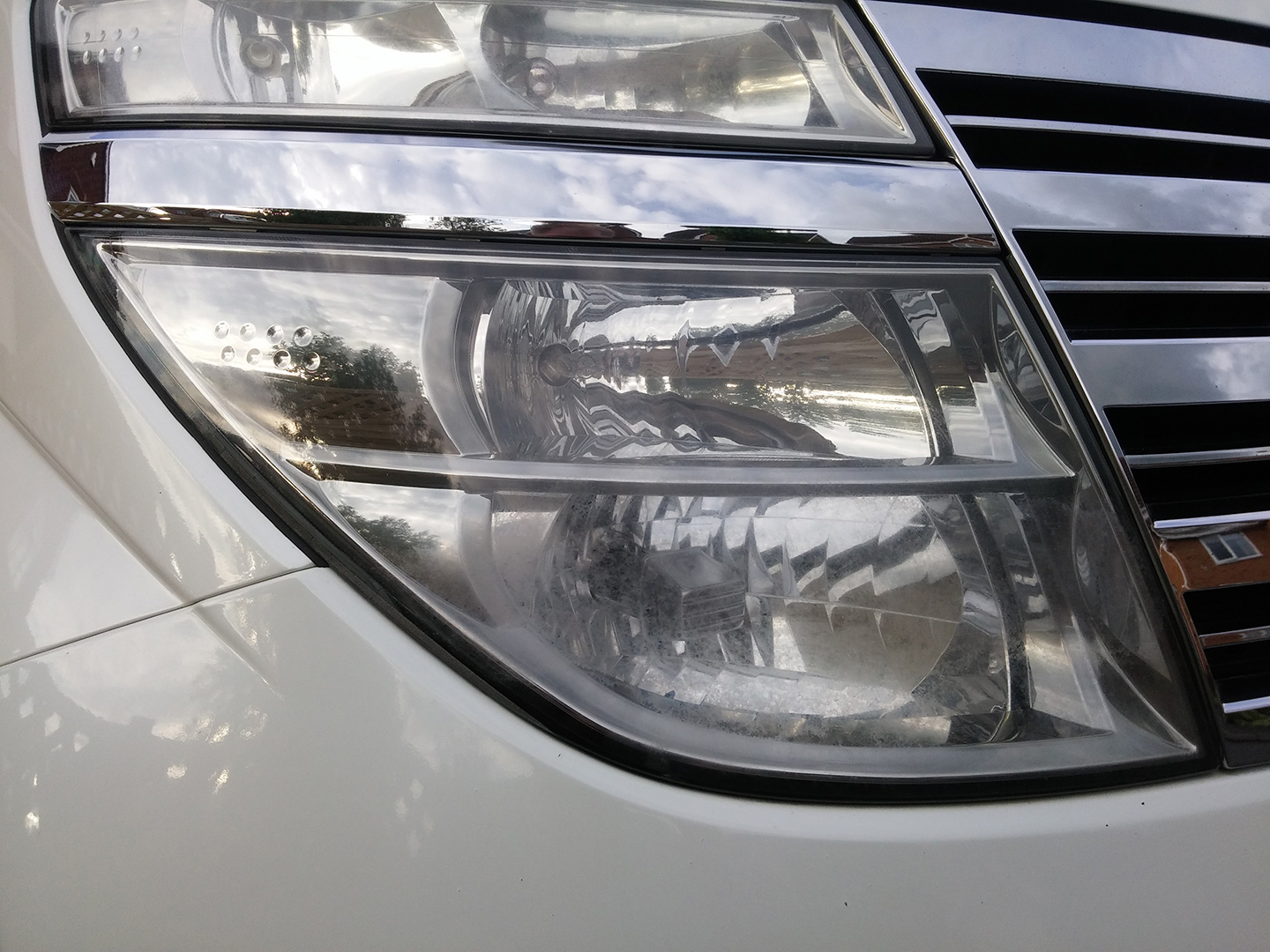 And when the lights and grilles were done (see the garage’s ‘repair’ lol): 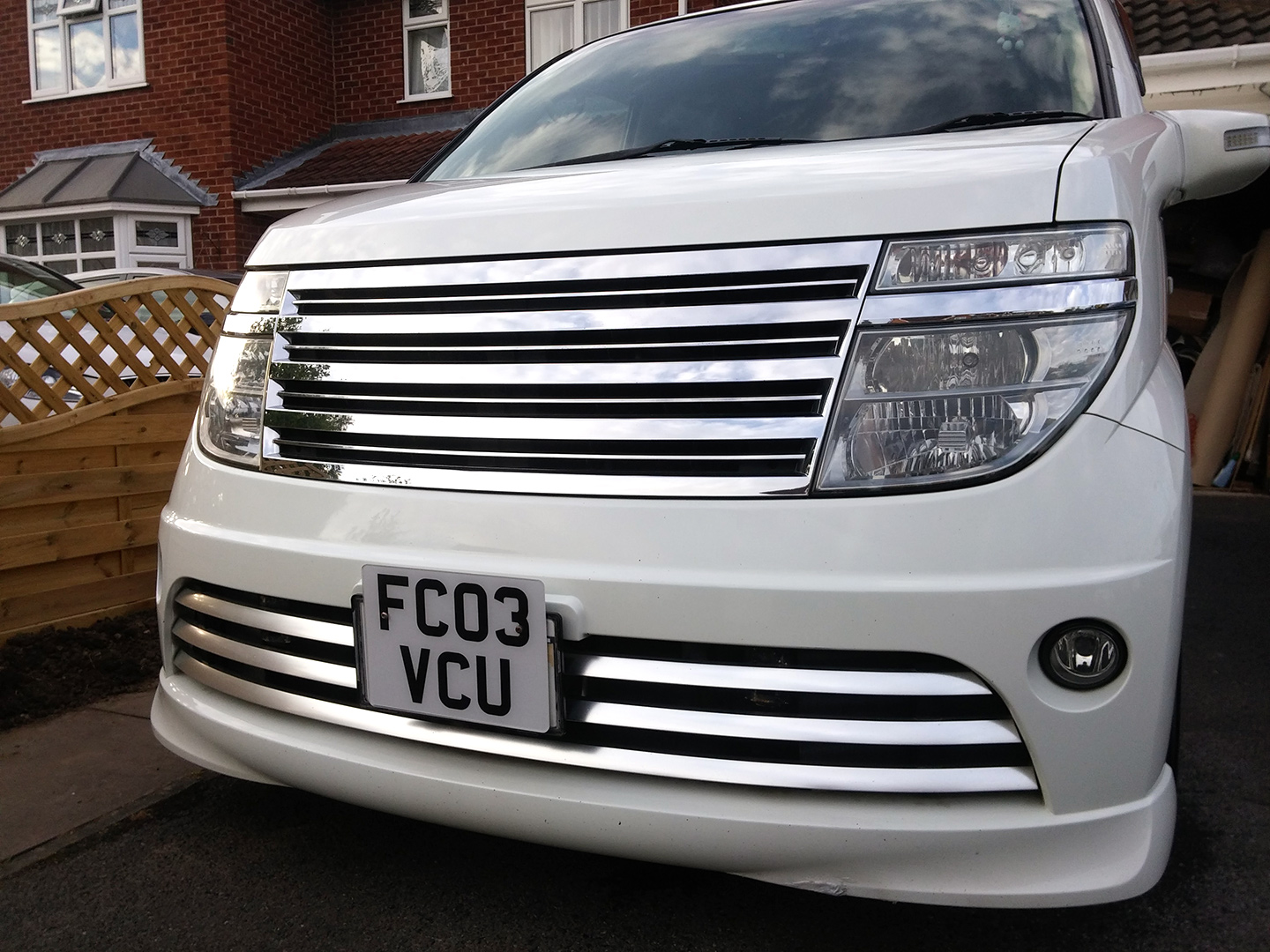 Later on I spent some time in the head-unit’s apps getting Google and the Play Store logged in, including installing my favourite app *cough* which I’m hoping will work well enough with the built-in GPS. Once I get ‘Bluetooth GPS’ app installed I want to try connecting my Garmin GLO high-accuracy GPS receiver and see how much faster than the built in receiver it is (my bet is around 10x faster). That’s if the Pumpkin allows setting ‘allow mock locations’.. 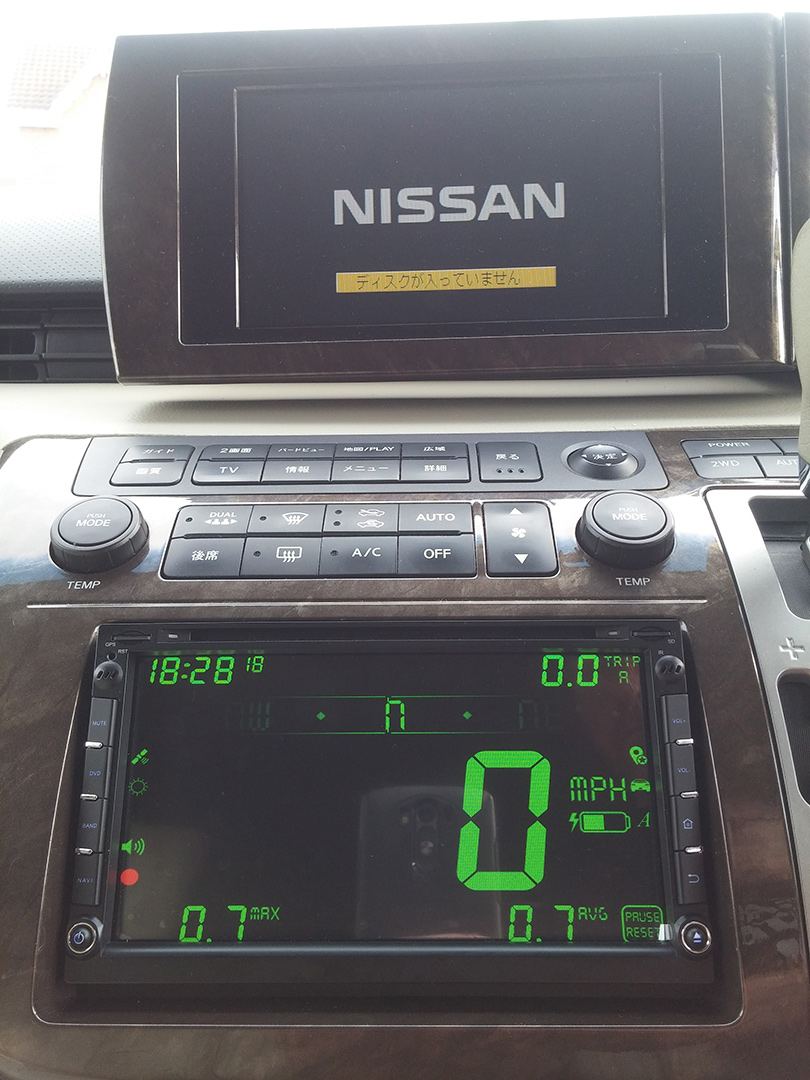